The Chamber of Horror

(With horror or beauty, paintings constantly haunt us. Within the sense that what informs us is merely a limited scene fixed upon a panel, curiosity is whetted of what might become of the scene, or behind it. When curiosity becomes incurable, the all-encompassing hauntedness can only grow denser. Weird is such a mediocre word to express the feeling when the painting barely insinuates any weirdness but rather discloses some unsettling effects. Any unsettling features bring focus: amid a cluttered room our sense of evaluation is sometimes more or less deceived. In Caravaggio’s painting what seizes most of my attention is the crack of smirk of the cupid. Beholding the evidence of some rather child-play havoc he wreaks, I suspect the cupid’s smile belies a certain viciousness. After hindsight I might blame my hyperbole and declare the smile to be no less than an artless one, but I conjure up more prequels and sequels of the paintings in my vision and on the sly.)


I have long hemmed in my own little kingdom and felt my seclusion more compelled than voluntary. For some time I can feel my disinterestedness gradually claiming me, while any extremity of emotions appears no more than a slight prick on my stupefied heart. I was letting myself be recklessly devoured by the encroaching murk when one day, a much-estranged friend of mine paid a visit to me. A kind offer was insisted that I should stay a few days in his grand old house, which he once glibly termed as his ‘chamber of horror,’ as part of the therapeutic session. People hoped such change of pace can reinvigorate my withered soul and thus regain the long-lost sanity.

The scarce evidence of any looming horror failed to justify his house as a veritable haunted one, but when stepping into it the first time I could, without too keenly notice, that a vague sense of danger and gloom was lurking not far behind. I was straightly directed to a large drawing-room, where the therapeutic session was said to officially begin. Encompassed by an interesting selection of curios and paintings, the owner of the house, whose identity I was yet certain of despite chattering ceaselessly during the long drive, asked me to make a summarized description of my view of the paintings. I was too curious to even raise doubts over this simple task proposed, since the paintings seized my attention abruptly.

Quite instinctively the image of an unidentified monster devouring a living thing appeared to me rather hysterically artificial. I made it no secret that I aspired to become a killer when I was young- to punish the vile and to further annihilate the people. That was the only time I had a dream, a dream that happened to be apocalyptic. My trigger-happiness was only somewhat appeased when it struck me one day that the sight of blood appalled me greatly. Judging the picture closely, the thin red line underscoring the fractured body was the only feature that made me blink- not the physiognomy of the monster, nor the overall repellent choice of subject matter.

I suddenly realized, and was also equally amazed with, how curtains were drawn yet all the advancing lights seemed to be blocked by the prowling darkness that those paintings presumably induced. Guillotine-like objects seemed more apt to be highlighted than grotesquely overshadowed, as seen in this painting. People loved to witness whatever scenes that went on when a throng of them was already there vying for a better vision. Even when a hanging was being executed the audience judged it with mouths agape as if a necromancy was carrying on before their eyes. I was now slightly astonished that the gathering tribes would not care a whit of the hanging creature, or they were rather too accustomed to it? Loneliness lurked in when you were the lightning amid an overcast sky.

Goya, Rosa, then Bacon, Artemisia and went on and on. The face of my friend was no longer visible to me. I did not raise suspicion to his whereabouts, however, for my eyes were too busy scouring for more paintings. Before it wizened utterly I could feel my spirit giving a last leap of jubilation. Or a last laugh that could blusterously denounce any of those paintings that conjured up reminiscences of stories I was not too unfamiliar with. My eyes finally settled on a last painting, Pieta by Titian. After seeing so many recurrent dark colours, the rusticated pillars in the painting made me somewhat wince. This was a painting that emitted such utter depression and gloom that before long I found myself flapping around, all anxious to unfetter myself from this constricted box. Then I heard my friend, chanting in gradation, all the saints and angels he summoned.

Popular posts from this blog

January 29, 2019
In Matter and Memory, French philosopher Henri Bergson posits an implausible notion – the pure present: “The pure present is an ungraspable advance of the past devouring the future. In truth, all sensation is already memory.” Since time is a movement, an unending progression, there is not a definite point as that of a present moment, Bergson seems to suggest, but an admixture of the past and the future, the has-beens rapidly encroaching on, and eventually subsuming, the what-ifs. In a sense, and as absurd as this may sound, the present is ever elusive to our consciousness: what we perceive of the now, at the very moment in which it is being registered, is already relegated to the realm of the past. The past seems, therefore, the only reality we have really experienced; the reality that we are predestined to never possess.
Chris Marker’s La Jetee (1962) envisages a future in which man finally discovers the means of triumphing over time’s irrevocable logic: experiments are conducted to s…
Post a comment
Read more

August 12, 2018
Youth is a bitter mystery even to those who have outgrown the initial perplexity of being young. We thought that being young was synonymous with staying ever at the moment. To the looming presence of time we imparted the same significance as we did the cautious words of our harrying parents – we habitually chose to ignore the warning of an imminent storm, the vague but approaching sound of thunder we pretended not to hear. We told ourselves: what may come will come inevitably; so long as the sky is still vaulted over our heads, we always survive.
But survival is invariably an occasion for painful remembrances, from which we are less likely to release ourselves without certain lasting agonies or scars. Dimly we began to notice the flight of time, and we read James Joyce’s words in The Portrait of the Artist as a Young Man with a premature forlornness: “Time is, time was, but time shall be no more.” Time shall be no more but time also etched in us indelible imprints that, many years late…
Post a comment
Read more

May 02, 2020
Nabokov once said that “satire is a lesson, parody is a game.” With Jacques Tati’s Mon Oncle (1958), the satire and the parody are both a lesson and a game; or, more precisely, a game whose lesson has no other purpose than to highlight the contingency of playing. The oncle is Tati’s alter ego, Monsieur Hulot, who lives in a rundown area of an affluent suburb of Paris, within which his sister’s villa – a Le Corbusier-inspired futuristic monstrosity – ostentatiously stands. A bumbling, taciturn (with only two spoken lines throughout the film) flaneur, Hulot is the odd man out of the more polished and supercilious world of his sister and brother-in-law, but wins companionship and admiration of his nephew, who shows manifest disdain of the sundry technological wonders by which he is surrounded, and prefers the simple pleasures of outdoor activities and mischief-making.
If the film is intended as a satire of the advent of modernisation, Tati’s invariably equitable, congenial approach to hi…
Post a comment
Read more 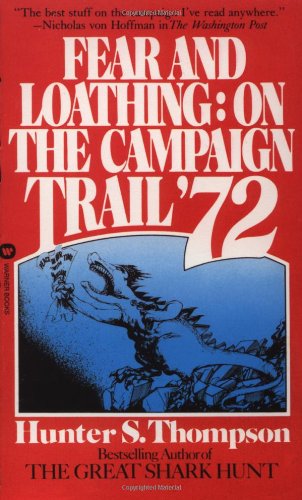